Mr. Lacativo has more than 38 years of financial and investigative experience gained during his public accounting, corporate, consulting and government service. He is a former FBI Special Agent and Association of Certified Fraud Examiners Board of Regents Emeritus member. He has been responsible for the conduct of high profile, sensitive international and domestic white-collar fraud investigations, often in conjunction with in-house or outside counsel. Mr. Lacativo has also consulted with clients regarding the development and implementation of fraud prevention, deterrence and detection techniques and programs, including anti-corruption compliance. Additionally, he has developed fraud related training programs and is a frequent speaker on fraud related topics.

Mr. Lacativo initially obtained his investigative experience during his tenure as a Special Agent with the FBI. He was responsible for the investigation of "Fraud Against the Government" related matters, including Department of Defense and Healthcare Fraud. He is credited with leading the first Fraud Against the Government RICO related investigation in the Southern District of New York. He also participated in formalizing the first task force relationship between the FBI, Health and Human Services Office of Inspector General (HHS-OIG) and the New York State Medicaid Fraud Control Unit.

During his tenure as an FBI Special Agent, he was involved in the successful criminal prosecution of physicians, owners of ambulance companies and others who defrauded the government through presentation of false and/or inflated claims to Medicare and other government funded programs. Additionally, Mr. Lacativo received two Special Recognition Incentive Awards from FBI Director William H. Webster for investigative excellence.

Since leaving the FBI Mr. Lacativo has held senior forensic accounting related positions, including as a partner in PricewaterhouseCoopers' Forensics practice, where he was responsible for the conduct of investigations spanning many industries. His areas of investigative experience include revenue recognition, Qui Tam matters, false billing, falsification of documentation, kickbacks, bribery, embezzlement, FCPA violations, conflicts of interest, unbundling of services, upcoding and time/cost allocation. 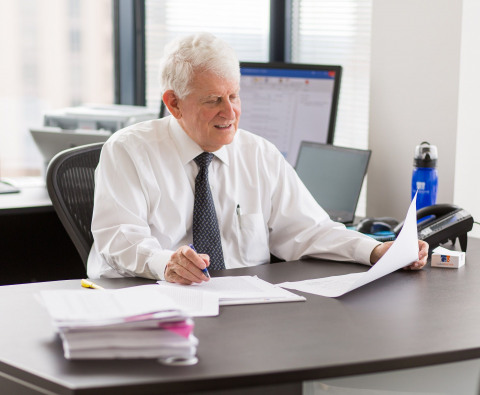