Ian Ratner is a CPA with approximately 30 years of experience in Public Accounting, Forensic Accounting, Business Valuations, Due Diligence Services, Corporate Finance and Bankruptcy Consulting. He co-founded GlassRatner in 2001 with Ron Glass and has been instrumental in building GlassRatner into one of the leading multi-office financial advisory services firms in the Country. GlassRatner has been ranked on numerous occasions by the Bankruptcy Insider and TheDeal.Com as one of the top Crisis Management and Restructuring Firms in the nation. In 2018, GlassRatner was also recognized by The National Law Journal as one of the country's top Forensic and Litigation Support providers. Prior to founding the firm, Ian held senior leadership positions with Kroll Inc. a worldwide risk mitigation firm and the Financial Advisory Services (FAS) practice at Ernst & Young.

Ian has a diverse practice that covers most of the firm's service lines. In the Bankruptcy & Restructuring area, Ian has represented borrowers and lenders in and out of formal bankruptcy proceedings. He led the firm's efforts on behalf of the Creditor Committees in Nationwide Furniture and Mattress Wholesalers; Value Music Concepts, Inc.; Adventure Parks Group LLC; The Billing Resource, dba Integretel; and Fairfield Residential, which was one of the country's top multifamily developers who filed bankruptcy in 2009. More recently, Ian led the restructuring efforts on behalf of the Creditors Committee in the AstroTurf LLC Chapter 11 case, which resulted in a successful sale of the business as a going concern to a foreign buyer. During the real estate meltdown of 2007 to 2010, Ian led a variety of real estate (multi-family, retail, condo development and homebuilder) debt restructuring assignments for both single asset/single lender and multibank/ multi-asset credit facilities, where the face value of the outstanding debts range from tens of millions of dollars to billions of dollars. These real estate assignments included supporting the restructuring of the Related Group one of the nation's largest condo developers headquartered in Miami, and leading the restructure of John Wieland Homes, a major homebuilder headquartered in Atlanta.

Ian has been appointed Special Master, Receiver, Chapter 7 Trustee, Liquidating Agent and Advisor to Independent Arbitrators and is a trusted Fiduciary. One of his most exciting and high profile assignments in this area involved being appointed Receiver by the High Court of Anguilla related to several hedge funds whose ownership was disputed. Ian led an international asset tracing investigation and coordinated a complex series of international multi jurisdictional lawsuits to ultimately recover tens of millions of dollars on behalf of their rightful beneficiaries. Other significant Caribbean assignments included in the investigation of the collapse of CL Financial Limited for the Central Bank of Trinidad and Tobago, whose holdings included CLICO, the largest Caribbean insurer, the largest bank in Trinidad and Tobago, and numerous U.S. real estate investments.

Notwithstanding Ian's proven track record as a Bankruptcy & Restructuring Advisor, he is better known as an Expert Witness in complex commercial litigation cases, fraud investigations and solvency related valuation disputes. Mr. Ratner has testified at trials, arbitrations, and depositions on approximately 150 occasions and has worked on matters throughout the United States and Caribbean for law firms, governmental agencies and Fortune 500 companies. Ian has been retained as a forensic accounting, damages and valuation expert on behalf of countless household names such as UPS, Kodak, PNC Bank, BB&T, HCA, FMNA, Dell, Delta, Equifax, CIBC World Markets, AT&T, Blue Cross Blue Shield, Bellsouth, Verizon, Cingular Wireless, the City of Atlanta, Emory University, University of Kansas, NCR and Honeywell to mention a few. Ian is often called on for high stakes litigation such as his role as an expert witness on behalf of the Special Receiver in Livent, Inc. v. Deloitte & Touche LLP, various plaintiffs in the Engle Progeny-Tobacco Litigation, or his role as an expert on behalf of the Department of Justice in the penalty phase of the BP Deepwater Horizon Oil Spill Litigation. Finally, due to Ian's diverse background, financial acumen and facilitative nature he has been called on many times to advise shareholders, Boards and other corporate stakeholders.

Mr. Ratner is a CPA, an ASA (Accredited Senior Appraiser, Business Valuation Section of the American Society of Appraisers), a CFE (Certified Fraud Examiner) and holds the ABV designation for CPAs Accredited in Business Valuation granted by the AICPA. He is an accomplished public speaker on a variety of topics such as due diligence, bankruptcy litigation and business valuations. He has lead more than 120 CLE programs and training seminars for law firms around the country and professional conferences such as the ABI (American Bankruptcy Institute), Southeastern Bankruptcy Workshop, the AIRA (Association of Insolvency and Restructuring Advisors), VALCON, several AICPA conferences and University classes. Ian has been interviewed on the Nightly Business Report and Fox Business. He holds graduate and undergraduate business degrees from McGill University in Montreal, Quebec. Mr. Ratner co-authored a Wiley text called Business Valuation and Bankruptcy in 2009 and was inducted as a Fellow in the American Bankruptcy College in 2010.

In 2017, Ian was named as one of the Top 100 Restructuring & Turnaround Professionals by the Global M&A Network, and the Top Individual Expert Witness - Economic by the Daily Report. 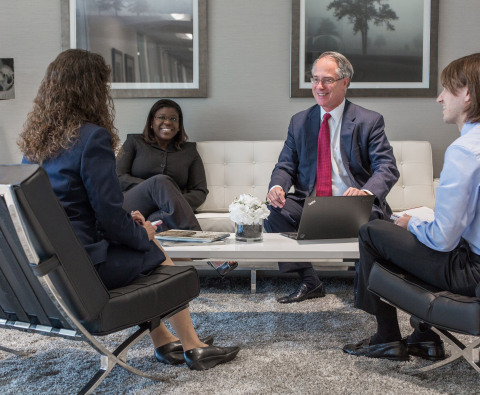