Jim Howard is a Principal of GlassRatner, a national financial advisory firm based in Atlanta, GA.  He has over 35 years’ experience within the financial services industry, more than 25 years of which has been dedicated to turnaround management and the resolution of commercial and real estate problem loans.

Since joining GlassRatner in 2008, Jim has been very active in advising Creditors, Borrowers and Creditors Committees to help find solutions for a variety of stressed debt situations. Among his more notable assignments are,

In addition, Jim has worked assignments related to the restructuring or liquidation of Commercial Mortgage Backed Security (“CMBS”) loans on more than $1.1 billion.  Jim regularly serves as an ‘expert witness’ testifying before courts on matters involving banking and lending issues and has been certified as an expert in District, Federal and Bankruptcy courts throughout the country.

Immediately prior to joining GlassRatner, Jim was a Senior Vice President of Wachovia Bank, most recently serving as the Market Manager for their West Florida Real Estate Financial Services division. In this capacity Jim was responsible for originating and managing a portfolio of over $2.4 billion in commercial real estate loan commitments and a staff of relationship managers.

Jim started his career with the Bank of Oklahoma (formerly Fidelity Bank, NA) in Oklahoma City. After completing their credit-training program in 1982 and spending two years as a Commercial Real Estate Lender, he was selected to help form a Special Assets lending group to deal with that bank's mounting problem loans. In addition to being responsible for the management of a portfolio of troubled commercial loans, he oversaw and managed the liquidation of foreclosed properties. Additionally, he played a central role in interacting with Federal Regulators conducting examinations of the bank on matters including credit quality, capital adequacy, and regulatory compliance.  In 1989 he was recruited by Hibernia Bank in New Orleans to join their Special Asset Group where he was primarily responsible for working on commercial loans, with a concentration in participations purchased in Leveraged Buyout financings. His experience there included working on such credits as Federated Department Store, May’s/Macy’s, Motorola and Doskosil (Wilson Foods).

In 1991 he accepted a position with First American Bank in Atlanta to form and manage a new Special Asset group for that bank. In 1993, First American was acquired by First Union Bank, at which time Jim joined their Special Asset group as a Unit Manager. He was ultimately selected as Regional Manager for the bank’s Special Asset group for the Georgia region.  As part of his duties Jim served on the bank’s Special Asset Management Steering Committee where he helped establish policies and procedures to be used throughout the corporation, as well as developing and implementing regulatory compliance measures.  In 1998 he was transferred to the Real Estate Financial Services group where he served as Business Development Manager for the State of Georgia, a position in which he served until his transfer to Florida in January of 2000. 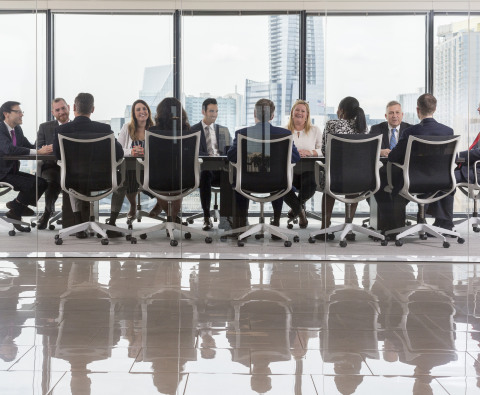