Marc Spizzirri, a highly accomplished Senior Executive and Entrepreneur in the Irvine office, brings more than 30 years of success in a diverse range of businesses with an emphasis on retail automotive, commercial real estate and education.  He leverages vast experience in business startups, business turnarounds, M&A transactions with an emphasis on automotive, cash flow and P&L management, business development and process planning, crisis management, corporate valuations, negotiations and dispute resolution and staff development. Marc is a versatile leader with a comprehensive business skill set who can help established companies going through change, growth, and expansion, as well as create national brands and expand operations on a national scale.

Through his career Marc has held leadership positions in automotive dealerships since 1987. He learned the retail automotive business by working in every department on his way to becoming a general manager in 1987, President of a multi-franchise automotive group in 1990 and acquiring his first franchised dealership in 1992. Marc went on to own seven franchised automotive dealerships, two motorcycle franchises and an internationally recognized classic car dealership with total annual sales reaching $400 million. Franchises included Ford, Toyota, Honda, Nissan, Indian Motorcycle and Triumph. He achieved President’s and Chairman’s Awards from the automotive manufactures and grew his first dealership into a Top 100 Ford dealership. Marc served as Ford Dealer Council Chairman and Board Member, President and Board Member of the Southern California Ford Dealers Association and sat on the Ford Customer Appeals Board.

After selling his dealerships and before joining GlassRatner, Marc served as President of a business consulting service.  He has worked with a diverse group of businesses to help achieve specific business goals and establish a culture of sustainable success. He was tasked with responsibilities that include preparing businesses for sale, entitling real estate for development, mediation and conflict resolution, building a corporate culture, developing a National brand, creating an effective leadership team, business valuations, business plan development and business turnaround.

In addition to his executive career, Marc co-founded two highly successful private Catholic schools, produced a feature film, serves as an advisor to a prominent film school, managed a local real estate development company and served as a publisher and contributing editor for a national newspaper. Marc earned BSL and JD degrees. He attended Thomas Jefferson School of Law and the University of Pittsburgh.

Marc has served on a number of non-profit boards, serving as a Regent to the Boys and Girls Club, a co-founder of the LA Intercity Games, Hollenbeck Police Business Council, Orange County Sheriff Commission, University of Notre Dame President Council, Dana Point Youth Baseball and sat as Trustee for the two private schools he co-founded. Throughout his career, Marc has earned an impressive number of awards and recognitions from National, State and local civic leaders, he was an Ernst&Young "Entrepreneur of the Year" finalist, and the recipient of The Passkey's Foundation "Ethics in Business" Award. 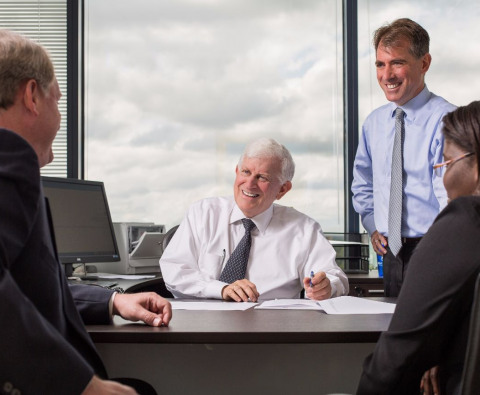