Steven Speier is a licensed CPA and Real Estate Broker in the State of California with experience in business serving as Chief Executive Officer and/or Director of numerous companies. His background encompasses diverse experience in several industries including real estate, public accounting, banking and technology. Mr. Speier has been appointed as a Chapter 7 and 11 Bankruptcy Trustee, Real Estate Broker, Consultant and Manager, Judicial Receiver and Referee, Assignee, Chief Restructuring Officer and Provisional Director in hundreds of Federal and State Court bankruptcy and litigation cases. In addition, Mr. Speier has served as the Manager, General Partner or on the Board of Directors of numerous real estate companies controlling and managing numerous funds, partnerships and Tenant In Common entities.

Mr. Speier began his business career in 1973 with a national public accounting firm in Grand Rapids, Michigan. Shortly after receiving his designation as a Certified Public Accountant in 1975, he joined the banking industry. During his banking career, Mr. Speier specialized in all aspects of real estate. While managing a real estate loan portfolio of approximately $1.5 billion spread throughout the United States, he was responsible for generating and administering new loans annually in excess of $800 million. Upon completion of his banking career, Mr. Speier joined a national real estate investment company where he served as President for seven years until he joined the panel of Chapter 7 bankruptcy trustees in the Central District of California. Mr. Speier later served as a partner of a major regional Southern California accounting firm for eleven years specializing in real estate and bankruptcy. Subsequently, Mr. Speier managed his own Trustee, Receivership and Real Estate practice prior to joining GlassRatner Management & Realty Advisors, LLC.

Mr. Speier graduated with a BS in Accounting in 1973 from Northern Michigan University. He later received an MBA from the Seidman Graduate School of Business in Grand Rapids, Michigan. 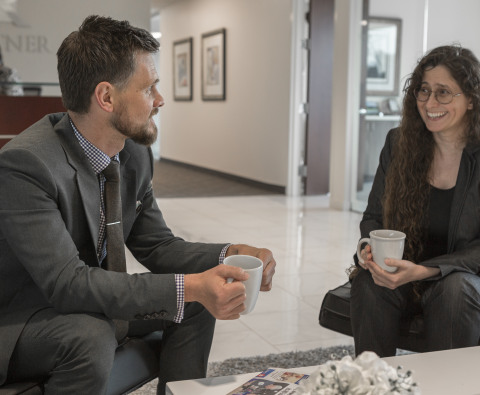